Istanbul aka Constantinople nee Byzantion, is a city which divides geography and history. I am here to try to find its chemistry.

The city famously straddles Europe to the west and Asia to the east. The Bosphorus strait is chiseled between its feet providing the vital sea route between the Black and Mediterranean Seas since time – or at least shopping aka trading – began. 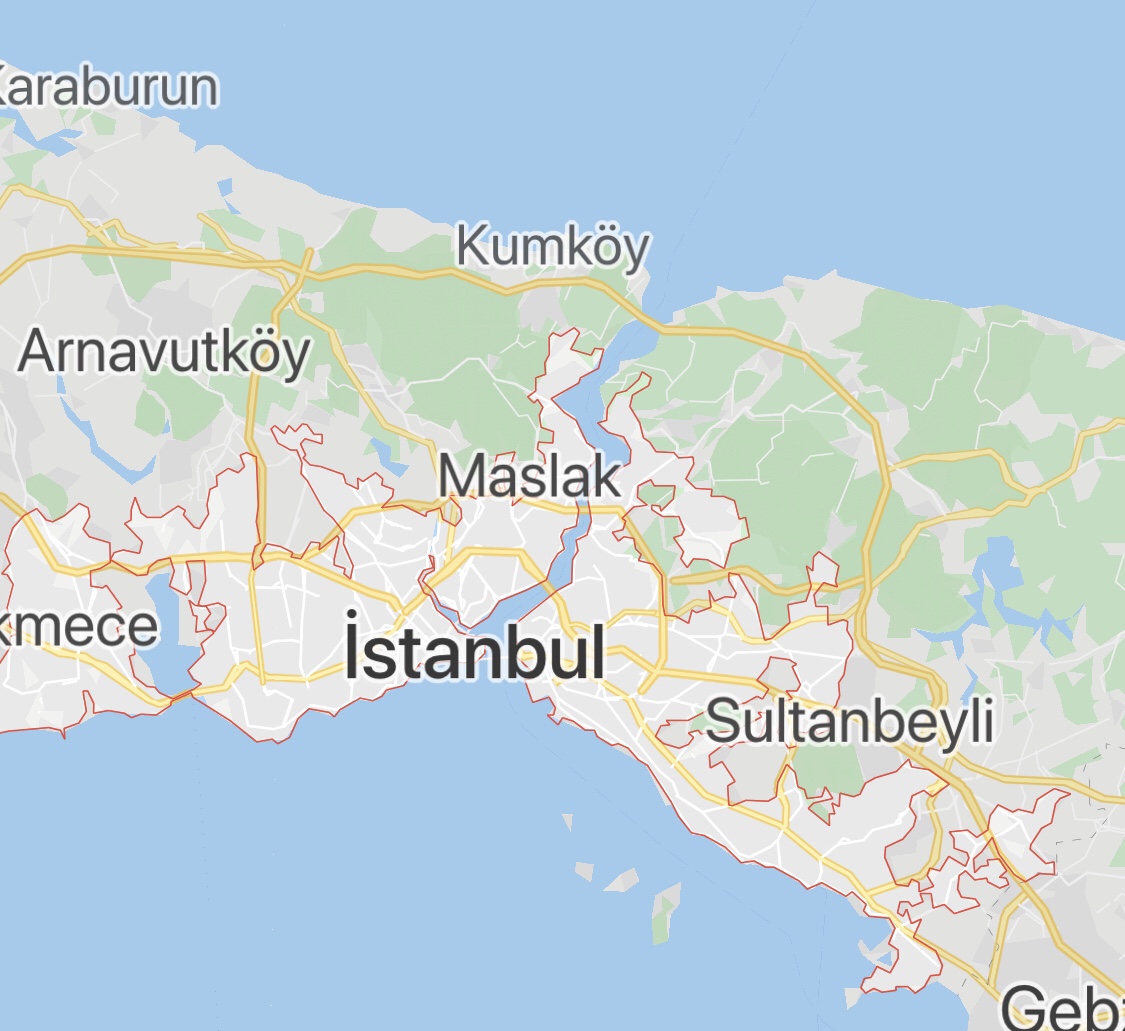 It is divided just as precisely in history either side of 29th May 1453, when Constantinople (as it was then) was seized by Sultan Mehmed II and converted from a Christian Byzantine city to an Islamic Ottoman one.

With such a unique pedigree, one would expect Istanbul to offer a feast of unique European-Asian-Christian-Islamic fusion delights. After all, that’s why I chose to come here.

This was my second day in Istanbul. After its less than impressive first impression, the second showing in the daylight was – well – damp at best. But don’t stop reading yet, even drizzle can have its moments of sizzle. Things did get better. My objective was to tick off the Top Ten Tripadvisor sites.

My first destination was the medieval Galata Tower which pokes into the sky on the European side, with panoramic views across the two continents. I’ve surveyed many cities from a height. Sydney, London, Vienna, Auckland and Paris paint pleasing landscapes of blue seas, red roofs, green parks and multi-coloured parasols. Today, Istanbul offered expanses of grey buildings, grey streets and grey waters. Maybe the rain had washed out all the colours.

The only thrill I got was the familiar vertigo surge in my stomach as I stared over the edge of the parapet. And before you suggest it, telling me not to look down rather negates the point of being up there in the first place. Adding to my anxiety – the lift was small and claustrophobic. I’d have taken the stairs, but they hadn’t survived.

Relieved to be back on firm ground, I strolled along Istikal, the city’s renowned shopping street. A long pedestrianised parade, much the same as say Copenhagen or Barcelona without the pavement artists. I counted the international retail brands until I got bored.

Istikal terminates at another “Top Ten”: Taksim Square. This is an expansive open space, with a statue of grim soldiers and leaders celebrating victory and liberation – de rigeur in most Eastern Europe cities. Nothing too remarkable so far here, either.

I took the metro back to the centre, which was a challenge in itself. Suffice to say, after I had found the correct station, ticket type, change, route and direction, I was rolling. In my experience, all the worlds metros are the same – mind the doors, hold on tight and stand on the right on the escalator. Still I had not found any unique ingredient of Istanbul.

I found them indoors. First of all the covered Grand Bazaar with its staggering array and display of goods for sale – ceramics, linen, leathers, ornaments and lots and lots of Turkish Delight. Not the Fry’s version coated in thin chocolate with the consistency of putty we had as a child. Rather the multicoloured variety dusted in spices, with the consistency of putty. 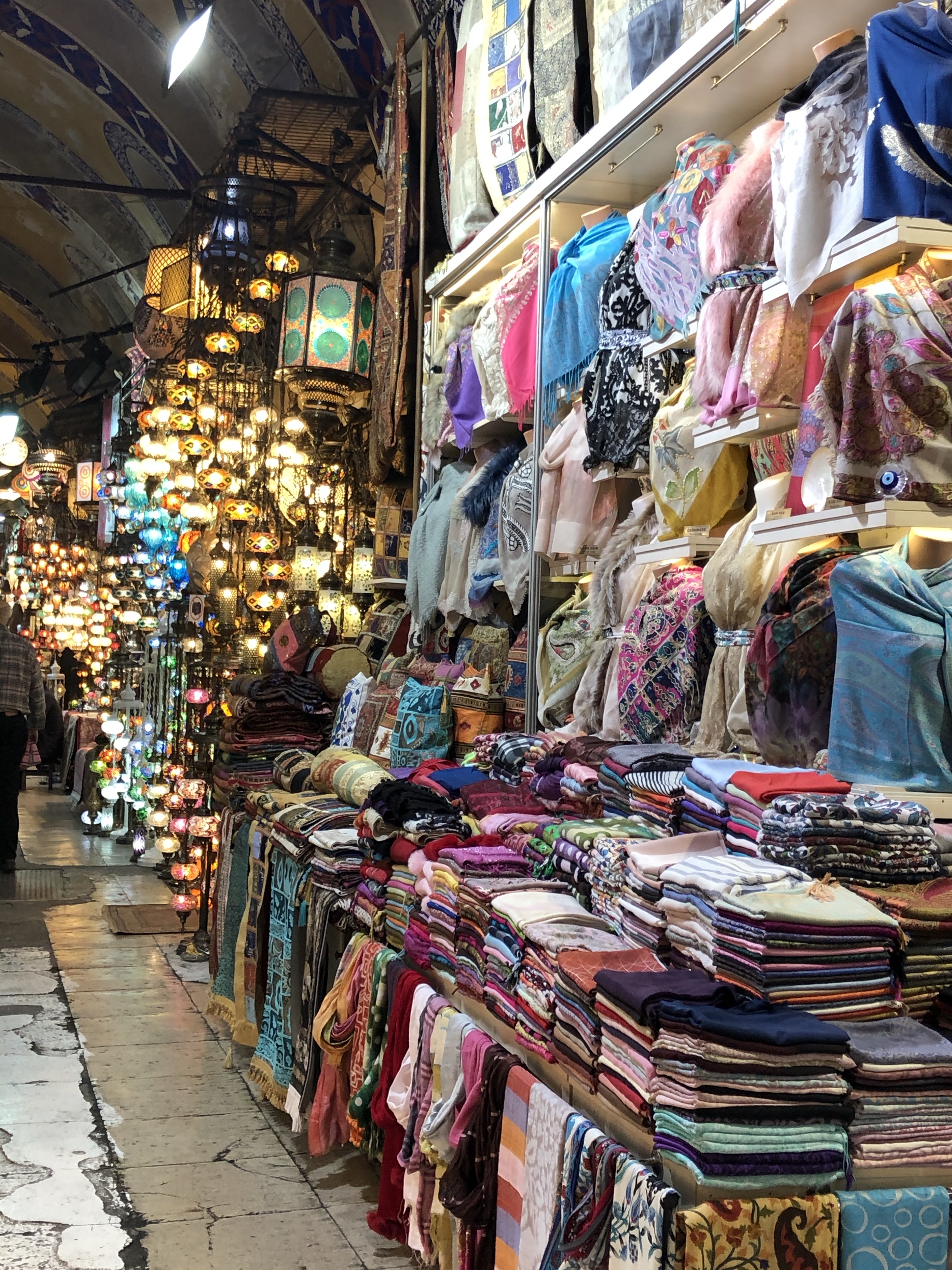 True to its name, the Grand Bazaar stretches over a seemingly endless lattice of streets and corridors. I thought Oldham market was impressive as a kid, but that was a corned shop in comparison. In front of each stall was a hopeful vendor, unaware that their presence was more likely to deter than encourage sales. I didn’t buy anything, but stole a dazzling collection of technicolour photographs and mentally pocketed my first Istanbul icon.

From here I walked through busy narrow streets to the spice market with its bewildering cornucopia of colours, and scents. When will the iPhone acquire an aroma recorder?

I was ticking nicely through Trip Advisors Top 10. Next up – the Hagia Sophia. A monument to the Christian Byzantine era, it was converted into a flagship of the Islamic Ottoman Empire in (remember the date?) 1453, and is now adjusted for the selfie-collecting tourist dynasty. It has an enormous, frighteningly high and cavernous central dome. Looking up was like looking at the stars. Now we were getting somewhere.

Resplendent with mosaics, chandeliers, pillars and a stone ramp to the upper gallery. I did try very hard to look and notice and not just snap and record.

The floors are a magnificent polished white marble. It was at this point, I became aware that my damp trainers were squeaking very loudly with each step. I tried soft pedalling, I tried walking on the edge of my souls. In the end I tried not caring – that worked best of all. Everyone was too polite to say anything.

My final stop was subterranean – the Basilica Cistern, an underground tank built in the 6th century to store rather a lot of water – A bit like the cistern in your bathroom but a million times bigger and without (as far as I could see) a flush mechanism.

I walked down the stairs into a vast underground space, quietly munching a bag of roasted managed chestnuts I’d bought for a pound from a street seller. My trainers continued to announce my presence, like the annoying beepers on a reversing lorry.

“Istanbul – Massive on the Inside” may not be the best marketing slogan, accurately though it would describe the Grand Bazaar, Hagia Sophia and Basilica Cistern. A bit like the Tardis or a handbag. Dull and unpresupposing on the outside? And it got you reading this far.

The cistern is massive – bigger in area than a football pitch and supported by innumerable stone pillars. It is dark but beautifully lit with carefully positioned amber lights. Another massive hit for Istanbul.

I took the tram back to the hotel, and didn’t make a squeak. Tomorrow the sun is due to shine and I’m planning a silent trip into Asia.

In case you missed it: Day one – Istanbul in the Shadows

← Istanbul in the Shadows
Istanbul – Finding the Essence →