The night time does not always provide the best first impression of a city. The colours of the day have faded to monochrome, shadows have spread like blankets to smother every flicker of natural light. Only where the darkness has been banished by electrically powered illuminations, can a city be rescued from its natural nocturnal misery.

I landed in Istanbul at dusk. The airport terminal is a magnificent and spacious like a cathedral – and largely empty with not a single person in the passport queue. I soon contacted my pre-arranged driver and was transported in a rather impressive mini-bus into the city. With no WiFi and excessive roaming charges (yes, Turkey never did get to join the EU), I was left with no realistic option but to look out of the window. 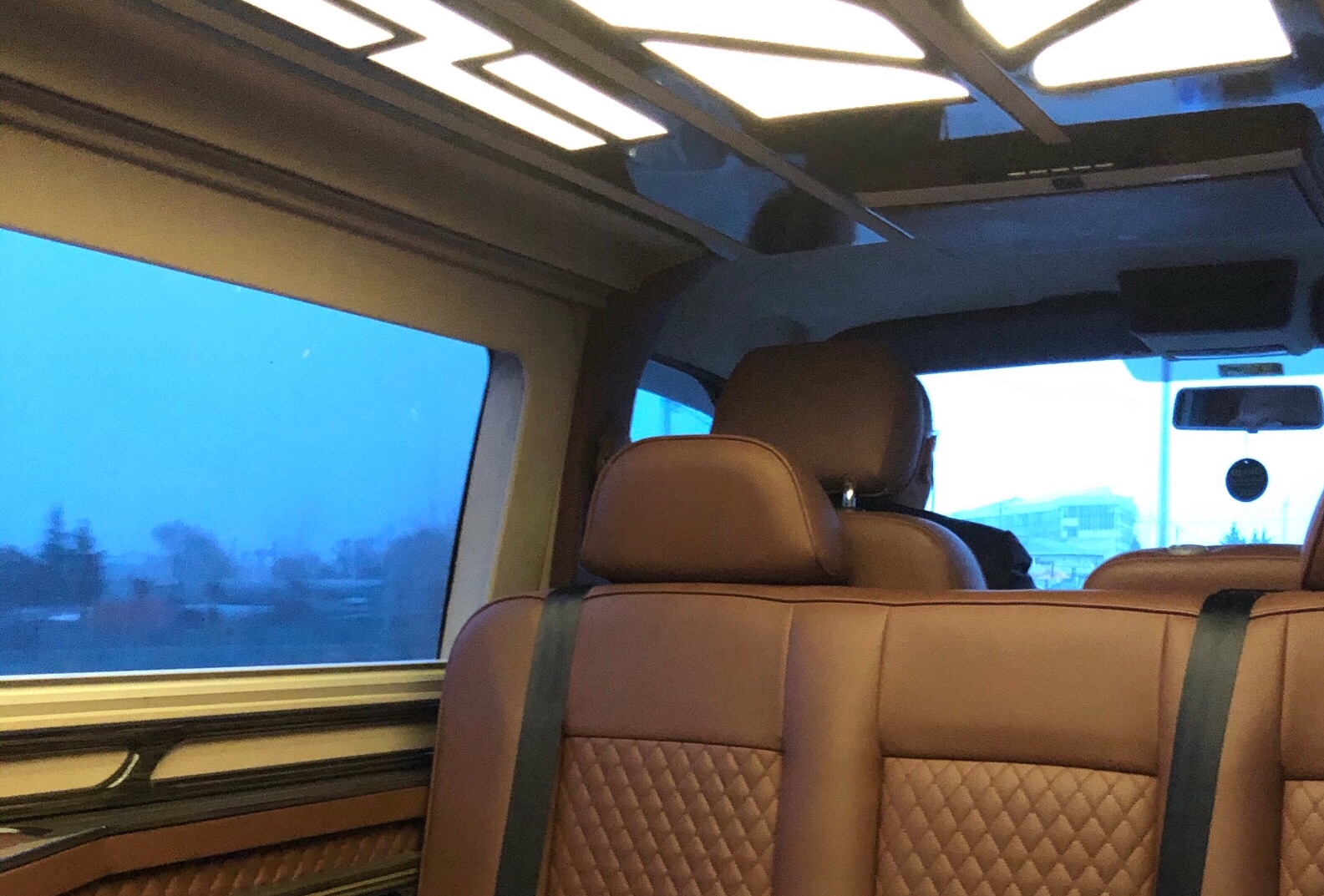 The gloominess had already set in, made more despondent by a thin soup of mist. That, and the endless parade of grey tower blocks and factories. Flashes of garish neon signs did nothing to improve the rather depressing first impressions. Down on the pavements, bearded men in dark jackets and scruffy jeans were taking refuge in small bars. Bags of rubbish were already stationed on the roadside ready for tomorrow’s collection, some having burst, spilling their intestines across the streets.

But then, rising out of the gloom, some beacons of hope. A tall stone viaduct illuminated with a warm orange glow. An octopus shaped mosque, standing proudly on a hill, bathed in a soft yellow light. And then, like a small boy putting his head around a door, the moon, low in the sky peeking around one of the taller tower blocks. It shone, as only the moon can, with that eerie silvery pale lemon radiance over the city. There is hope for Istanbul yet.

My hotel has no shortage of lights – chandeliers, standing lamps, table lamps, ceiling lights and four illuminated glass elevators positioned like guards at the four corners of the well-lit atrium. The hotel was originally constructed to accommodate victims of the 1918 great fire. In my room, I found the most comprehensive instructions I have ever read about how to survive a hotel fire. Let me know if you would like a copy or just like the idea of crawling along the floor in a wet towel.

The Turkish restaurant I dined in was also impressively illuminated – resplendent with tasteful interior lighting, complemented by the glow of the hookahs at virtually every table side. I didn’t indulge. Not for any high moral reason, simply because I didn’t know how to. Do you suck or do you blow?

It was fascinating just watching the locals, whilst absorbing the ambience and inhaling the fragrant hookah smoke exhale by others. Maybe this is why Turkey has no Coronavirus.

The bill – mediocre room-temperature kebab with a side of shredded lettuce and a cola-light – racked up to a just 56 Turkish lira, a mere 8 great British pounds. As I left, the waiter came running after me with my 4 lira change, which I had been quite happy to forgo. I am nothing if not generous.

So maybe this is Istanbul. A busy city shrouded in grey, like so many others. But with a few monuments of light rising above the fog and small candles of humanity lighting up the shadows. Let’s see what the morning and daylight brings.

← So what exactly IS coaching?
Istanbul – Massive on the Inside →

2 comments for “Istanbul in the Shadows”